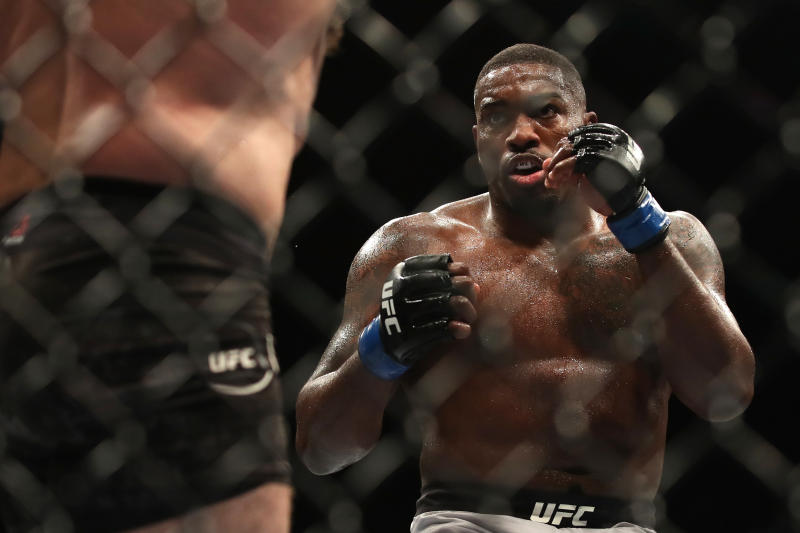 The stepdaughter UFC heavyweight fighter Walt Harris has been reported missing in Alabama, according to Alabama.com, prompting him to turn to social media for help.

Harris’ stepdaughter, Aniah Blanchard, was first reported missing on Thursday. She last communicated with a friend late on Wednesday night, and her vehicle was found damaged at an apartment complex in Montgomery, Alabama, on Friday night.

Blanchard, per the reports, attends Southern Union State Community College in Opelika, Alabama — about 60 miles away from where the 19-year-old’s car was found.

The investigation is still ongoing. Police, according to the Opelika-Auburn News, said there is no evidence of foul play.

Harris boasts a 13-7 record in the UFC, and has won both of his fights this year in under one minute. He knocked out Alexey Oleinik in just 12 seconds at UFC San Antonio in July, marking the third-fastest finish in UFC heavyweight history.

The 36-year-old is scheduled to fight next at UFC Fight Night in Washington, D.C., in December against Alistair Overeem.
I'm so fucking high. 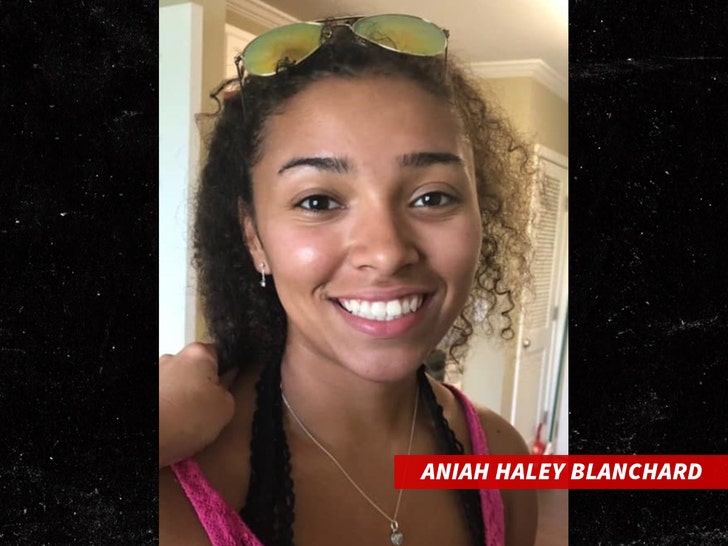 Nope.Saw this earlier and it doesnt sound good Missing five days is not a good sign.Plus her car found 60 miles from home.

Hopefully things turn out ok in the end.

Just when things started to go well for this guy.

Something on the news just now.She was kidnapped in Alabama.Theyy have store footage but I do t know if they found her yet.Maybe foul at involved.

Watched too many crime documentaries to be optimistic about these things .. Takes a certain kind of fucked-up psychopath with sadistic and rotten intentions to kidnap young women.

Lock up the sick fucker they caught today with Walt for even 5 minutes. then send his ass to prison forever. Piece of shit.
Officially 8-2 in sig bets. *pats back* 5 time A league champion.

Mr Meow wrote:Lock up the sick fucker they caught today with Walt for even 5 minutes. then send his ass to prison forever. Piece of shit.

AUBURN, Ala. -
U.S. Marshals arrested a man late Thursday night in Escambia County, Florida, wanted on a kidnapping charge in connection to the disappearance of a college student in Alabama two weeks ago.

Auburn police said friends last heard from Aniah Haley Blanchard, 19, on Oct. 23. Authorities said they subsequently found her car and "determined that she was harmed and is considered to be a victim of foul play."

On Thursday, police identified Ibraheem Yazeed, 30, as a suspect in the case. Authorities said he had been awaiting trial on unrelated charges of kidnapping and attempted murder.

Here are the latest updates:

Update 3:25 p.m. EST Nov. 8: Authorities found blood "indicative of someone suffering a life-threatening injury" inside missing Alabama college student Aniah Blanchard's car, according to a probable cause affidavit obtained by the Pensacola News Journal and the Montgomery Advertiser.

Forensic testing proved the blood was Blanchard's, according to the Advertiser.

Authorities said surveillance video from the convenience store in Auburn where Blanchard was last seen showed both she and Ibraheem Yazeed, 30, were in the store at the same time. A witness told authorities Yazeed was seen "forcing Blanchard into a vehicle against her will and then leaving with her in the vehicle," the Advertiser reported.

He was being held Friday morning in Escambia County Jail pending extradition to Lee County, Alabama.

What the fuck is wrong with people? She did not deserve this, and I can only hope for a guilty verdict for those involved. Extremely sickening.

This and Jeremy Stephens wrestling coach found dead in TJ. This has been a rough month for MMA.

I guarantee you this piece of shit cries for mercy too.

Which coincidentally was the exact thing he did not show to his victim when he killed her for no fucking reason.

The hypocrisy and pussiness of killers who do this never ends to sicken me. Where was all this mercy when you were killing this innocent young woman?

I am serious about giving Walt 5 minutes in a cell with this guy. It seems like a good punishment on top of staying in prison for life.
Officially 8-2 in sig bets. *pats back* 5 time A league champion.