Another year has come to an end, and it is only appropriate that we on Linker (by "we" I mean me of course), put together the official year end Linker awards.

Male Fighter of the Year
Daniel Cormier
He started his year by defending his light heavyweight belt against the streaking Volkan Oezdemir, then moved up to heavyweight to claim the belt from Stipe Miocic, and finished the year with a heavy weight title defense against Derrick Lewis. 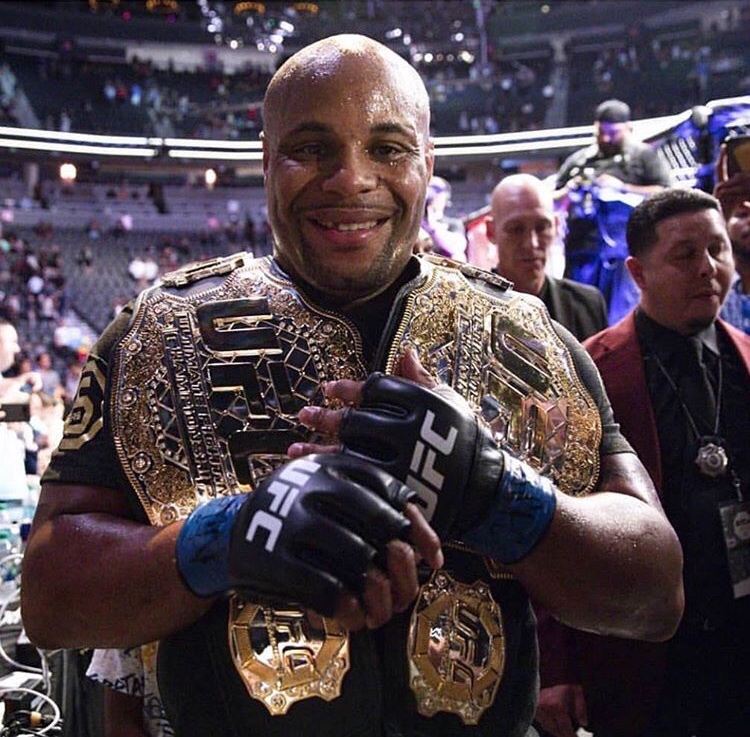 Runner Up
Aung La NSang
NSang who also became a Champ-Champ in 2018 having won the ONE Championship light heavyweight belt to go along with his MW belt.

Female Fighter of the Year
Amanda Nunes
Nunes only had two matches in the year a bantam weight title defense against Raquel Pennington, and then moving up and winning the belt against Cris “Cyborg” Justino.


Fight of Year
Aung La NSang vs. Ken Hasegawa
A crazy back and forth fight in Myanmar that so both fighters exhausted and digging deep


Runner up
Gaethje vs. Poirier

Knockout of the Year
Yair Rodriguez’s crazy elbow knockout of the Korean Zombie
Personally this knockout was as much a lapse in the Zombies performance as it was a success in Yair's. Jung literally just charged forward with his head straight in the air


Runner Up
I would almost say Jeremy Miado’s knockout of muay thai legend Dejdamrong Sor Amnuaysirichoke to be the most impressive when you consider all of Dejd’s striking credentials.


Submission of the Year
Jarrah Al-Silawi submitting David Bear at BRAVE CF
This was a really back and forth fight. Had it gone to the score cards it very well could have gone to David Bear. With three seconds left Jarrah managed to pull off the triangle choke and get the win. Jarrah’s last second win in front of his home crowd resulted in one of the biggest crowd responses I have ever heard.


Best MMA Commentator
Paul Felder
The year 2018 arguably had the worst commentary of any year I can remember as an MMA fan. It is the first year that I remember when members of MMA media like Jack Slack, Luke Thomas, even the Weasle kid on YouTube pointed out how bad the commentary for certain events were. Even Dominick Cruz who had been a refreshing addition to the UFC commentators table, had several questionable moments, such as claiming Conor McGregor was trying to let Khabib gas himself out with ground and pound…
Rising from the midst of the worst commentating I can remember, Paul Felder shined like a ginger bearded diamond.

Worst MMA Commentator
Joe Rogan
Joe had plenty of competition, I mean, Mitch Chilson arguably has the most irritating voice of all time. Hearing Mitch doing commentary makes watching Shannon Wiratchai soccer kicking him all that much more enjoyable.
But Joe, had an exceptionally poor year. The highlight was the Al Iaquinta vs Khabib Nurmagomedov fight. A fight that Joe spent the entirety of belittling Khabib’s performance while Khabib dominated the entire fight. His commentating was so poor he even offered an apology.
That fight isn’t the only example though, there was also his over reactions to everything Brian Ortega did in the Max Holloway fight; even during the Joanna vs. Valentina fight on the same card Joe spent as much time talking about Joanna’s superior conditioning in the later rounds than what was actually happening in the rounds.

Mark Hunt "I deal with a wrestler like I deal with every other fighter. I punch them in the mouth."

Cant argue with you Pdawg.
"A lion is called a king of beasts,

You nailed it buddy, great thread.

I tried and failed to get an appropriately clever gif to respond...but thank you guys for your stamps of approval.

Spoiler:
If anyone has any alternative choice it would be nice to see them, especially if they are different than the usual UFC picks. The UFC is the biggest and best organization out there, so it makes sense that they would have more nominees and winners in these sorts of "best of" lists, but there is plenty of non-UFC MMA out there and it can be quite good

Glad I'm not the only one who thought 2018 had godawful commentary.

Joe shat the bed so frequently we're on bed #16 at this point. I think Cormier stunk up Barboza/Hooker and Felder tarnished Zombie/Yair a bit. Jimmy Smith constantly ranting about how fights needed to be slower and safer while saying exciting fights are dumb. I'm glad he's gone.

Now I love Dominick Cruz on commentary, but him shilling a Cyborg/Amanda instant rematch was dumb and I would've agreed that saying Conor was trying to gas Khabib out was moronic until Conor's moron coach confirmed that was the gameplan.

A reoccurring nightmare i have is seeing a card that is beyond stacked. Best card ever

I turn it on, Mitch Chilson and Rogan and TJ De Santis from Invicta are the commentary trio.

I try to mute them


I try turning it down

Officially 8-2 in sig bets. *pats back* 5 time A league champion.

Mr Meow wrote:A reoccurring nightmare i have is seeing a card that is beyond stacked. Best card ever

I turn it on, Mitch Chilson and Rogan and TJ De Santis from Invicta are the commentary trio.

I try to mute them


I try turning it down

Kyoji should be nominated for fighter of the year.

slevin wrote:Kyoji should be nominated for fighter of the year.

The fact he is a larger flyweight and a tiny bantamweight and he beat a massive bantamweight who is above average featherweight sized is totally ridiculous.

Especially when the dude is the Bellator champ and a phenomenal wrestler. Not a scrub,
Officially 8-2 in sig bets. *pats back* 5 time A league champion.

slevin wrote:Kyoji should be nominated for fighter of the year.

The fact he is a larger flyweight and a tiny bantamweight and he beat a massive bantamweight who is above average featherweight sized is totally ridiculous.

Especially when the dude is the Bellator champ and a phenomenal wrestler. Not a scrub,

I agree...I forgot about him...but he deserves fighter of the year over NSang arguably more than DC

Performance of the year: max Holloway, also nominate for fight of the year.