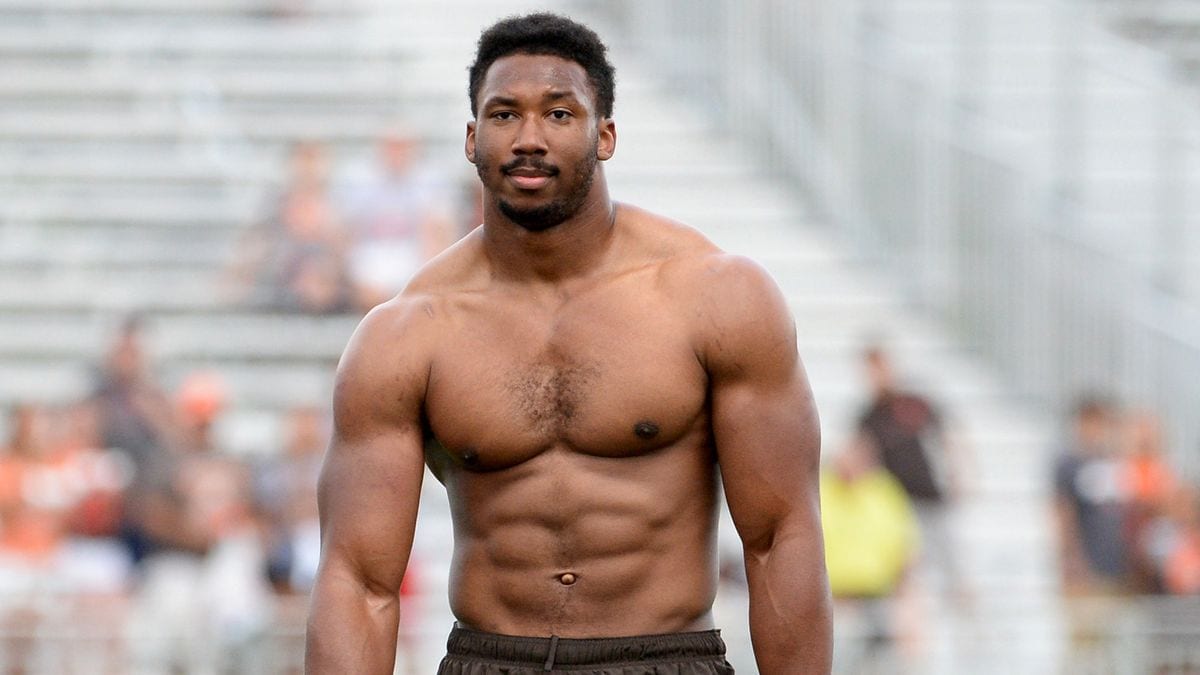 Browns pass rusher Myles Garrett has lost weight this offseason, but he says he’s feeling as powerful as ever by training with a star of the Octagon.

Former UFC heavyweight champion Stipe Miocic worked out with Garrett during the offseason, and Garrett came away amazed by how hard mixed martial arts fighters work.

“It was some of the most intense strength workouts that I’ve done,” Garrett told the Akron Beacon Journal. “Just being in the ring and having to do those rounds, just being consistent, always being on your toes, making sure that you’re not lacking for a second, it kills your legs. But that’s exactly what’s going to happen in a game. The first thing that falls is your legs. Then your mind’s going to go, so you have to make sure that you keep your wits about you, make sure you’re able to retain your information and do what you’re called upon to do. I was dropping weight quick during all this. It was very, very intense.”

Miocic, a Cleveland native who will fight to re-gain the UFC heavyweight title on Saturday, said Garrett could deliver a knockout punch if he ever wanted to step into the Octagon.

“We did some pad work. He hits like a ton of bricks,” Miocic said.

Quarterbacks will find that out the hard way.
I'm so fucking high.