Mr Meow wrote:
IRGC shielded Abdullah Ahmed Abdullah for years and years. The guy who was the mastermind of the Nairobi bombing leaving 224 dead.

Imagine seeing not the victims of the bombings as the victims, but the guy who masterminded the attack as the victim because the US wanted to hold him accountable for his actions.

Then shielding him in your country for over a decade and whining and crying when he is killed.

Talk about having your ethics totally backwards.

The IRGC did this. Nobody forced them to side with this terrorist for over a decade and not the victims of the crime. You would think this would be pretty much the bare minimum of being an adult, not supporting terrorists over victims of terror, sadly the IRGC could not even muster up this very base level decorum.

You can throw out all the euphemisms about the IRGC that you want but it does not change who they are and what they do. Funneling money to terrorists who target US civilians is not cool. Harboring terrorists who have killed US civilians is not cool either. You can make all the arguments about the US being total shitheads with foreign policy and I would agree with you on probably 98% of them. However that does not obfuscate the reality of the IRGC and the responsibilities that they have for all the atrocities they have committed and atrocities they have helped cover up.

Two things can be true at once. Fuck the USA's foreign policy in the middle East. Fuck Fakhrizadeh for being a terrorist piece of shit whose organization funnels money to terrorists who attack the US and harbor and protect terrorists who have attacked US soil and for trying to build a nuclear bomb to use against millions of people.

Plus the truck loads of evidence from a varied amount of sources that show him working to create a nuclear bomb for Iran to use against Israel off and on since 1989 is not a good look either.

You're about as anti Israel as it gets. Yet I have never heard you say they deserve to be bombed off the map and out of existence. You do not feel that way. You think that there is a peaceful and mature way to deal with this.

Believing Israel should be bombed off the map and its people all killed as a result of this bombing is a crazy radical belief to hold, even worse is working for decades to build a weapon in order to follow through on this belief. No matter how anti-Israel anyone is, that is totally indefensible.

Also, let's make it clear, the IRGC did not plan or execute or was involved in the Nairobi attacks. They harbored they harbored the Al Qaeda guy who planned it. At the same time they fought against Al Qaeda and supported their enemies. The US provided material aid the Al Qaeda in Syria and in Yemen and implicit aid to ISIS. Al Qaeda killed thousands of people. If Abdullah is the best you can come with then your argument is pretty weak.

The US for example harbors Tondar an anti-Iranian terrorist group based in California. They were responsible for 2008 mosque attacks in Shiraz.
Here is John Bolton (when we was National Security Adviser) with MeK planning to celebrate in Tehran

Israel kills another minor. 14 year old Ali Abu Alia.
He was unarmed. And was killed for protesting against Israeli occupation.

Check MY Brain while you're at it.

Imagine how scared these kids were, when they know exactly what ruthless racist monsters Israeli soldiers can be. 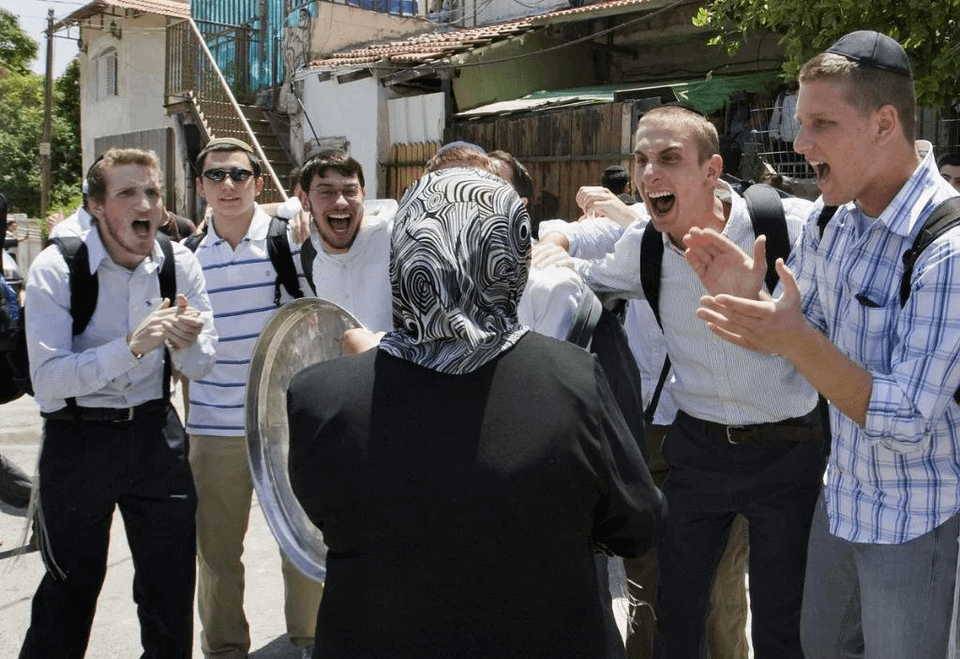