Why does cooperate America ignore Nunes?

What is "cooperate" america phil? Is it some faggy leftist think tank? 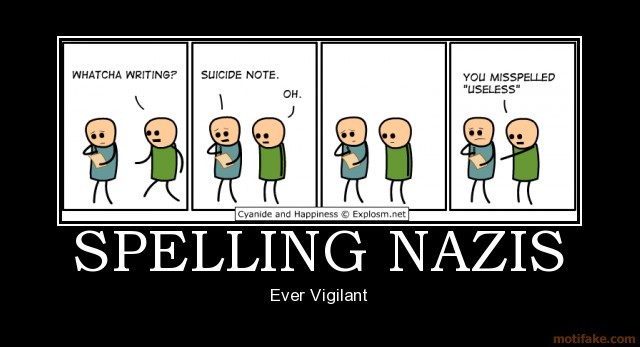 KingOfPancrase wrote:What is "cooperate" america phil? Is it some faggy leftist think tank?

and here I was thinking it would be Bruins to come through with the spelling natzi talk!

PBells wrote:Wanna know the real reason? It's because Amanda is a Trump supporter. She's an immigrant lesbian POC but supports Trump, so that greatly confuses Liberal Hollywood and all the corporate leftists.

Please tell me the Trump part is true

If so that is hilarious.

Probably the answer to this as well.

To be fair to Trump (sorry to anger people with this) he has been one of the most pro LGBTQAARPTNT president ever. The first president to be openly for gay marriage as he enters office in history. Obama voted against it numerous times until the political environment was ideal for him to flip his opinion. Trump also started a world wide campaign to decriminalize homosexuality. Also he took off the sexuality question from the US census

Get off the nob dog...if the political environment wasn't already ripe for it Trump wouldn't be sticking up for the folks in that community.

Dude spoke out against the equality act, implemented the trans military ban and also favored the Masterpiece Cakeshop decision (with follow up action that wasn't required at all). To act like he's a champion of civil rights for the LGBQT movement because he said a couple nice things and chastised some foreign countries is a bit misleading, no?

Talking is one thing. Policy is another. Trump's domestic policies tell a different story than his words.

I will never get off the Nog sir. He is one of my favorite fighters

Trans military ban is dumb. However I shouldn't have included the "T" in the alphabet soup earlier. Trump has been actually pretty good overall with homosexuals. Transgender and homosexuality are two different things needless to say and i was referencing homosexuality specifically. my bad

Especially considering its not a right to join the military. It is a privilege. People get disqualified for all sorts of reasons. Flat feet, asthma, Bi-polar, schizophrenia, etc. Being like 20x more likely or some shit to kill yourself than the average person seems within these established realms

Also its kinda funny you say its only the political climate being ripe for it is why Trump has any support for homosexuals at all. How many times did Obomba vote against gay marriage because "God has a say in it" before he voted for it? Amazingly the polls were coming back that more were for it then against it, almost like he only supports gay marriage when it was a ripe political environment for it.

The Cake decision is a joke....when you go to several dozen Christian owned shops looking for one deliberately that wont make you a cake, you are not a target of unfair treatment as you are actively seeking it out. The owner said he would sell them a cake as well, just not create one that glorifies gay marriage.

Amazing how they did not go to Muslim owned companies to see how they would react, especially if they are genuinely seeking out religious bigotry and not just 1 selected religion. Especially since there are numerous numerous Muslim countries that literally outlaw homosexuality and criminalize it. Plus I highly doubt they would force a Palestinian cake maker to make a "pro Israel lets wipe out Palestine" cake right? Of course not. Or would they make a black baker make a cake for klansmen celebrating white supremacy and lynching? Of course not.

0 ethical or logical consistency on their side at all.

I never said he was a champion for gays either. Just that he was one of the most pro gay presidents in history. Which is a very low bar as again, he was the first president going into the office to not oppose gay marriage (obama, bush, clinton, etc all voted against it numerous times) so yeah the bar is low on that.

Him opposing the equality act is quite dumb I do not disagree there. To me though his other policies implemented and stances taken outweigh it overall. Like trying to get backwards countries to not have homosexuality as being illegal. That seems like a really good pro gay thing to do. could just be me but I think its a good thing to stop countries from killing gays solely for being gay. I thought that was a common sense move that obama bush clinton bush reagan etc all should have done ages ago.

Just my opinion. Sorry for derailing the thread

100% agree. I did take your comment as depicting Trump as a champion of gays so if that isn't what you were saying thats definitely my bad.

Honestly, I have no interest in talking about which politician actually believes what thing. Their values are whatever gets them elected so often they're a reflection of their incumbents...right now folks are cool with the homosexuality so most politicians are 'cool with the gays' these days.

I think making a public statement about other countries being backwards in regards to killing gay people is fine I just don't think Trump should be portrayed as a champion of the LGBQTAARPFTWLMAO community....his two supreme court picks will outweigh the benefits of any speech he could have give about a foreign country not being progressive enough imo.

KingOfPancrase wrote:What is "cooperate" america phil? Is it some faggy leftist think tank?

and here I was thinking it would be Bruins to come through with the spelling natzi talk!