Tommy David Morrison (January 2, 1969 – September 1, 2013), nicknamed The Duke, was an American heavyweight boxer and a former World Boxing Organization champion. He lost only three out of a total of 52 professional fights. Morrison appeared in the 1990 Sylvester Stallone boxing film Rocky V. Morrison retired from boxing in 1996 when he tested positive for HIV.

Morrison attempted a comeback in 2006, claiming he had tested negative for HIV.[1] In August, 2013, Morrison's mother announced that her son was in the final stages of AIDS,[2] and he died on September 1, 2013 (wiki page)

Morrison's mother was acquitted of a murder charge four decades ago. His father, Tim Snr, was abusive; he would get drunk and beat Morrison as well as his mother. Tim was also a perpetual philanderer until Diana finally left him. Morrison's brother, Tim Jr., spent 15 years in prison for rape. 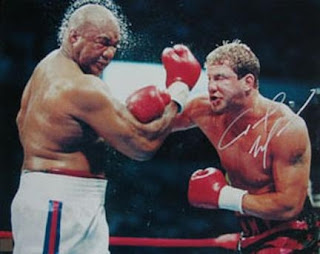 ( In December 1993, Morrison was charged with assault and public intoxication when he allegedly punched a University of Iowa student. Morrison said that the student had been staring at him. Morrison pleaded guilty and paid a $310 fine, but said he was innocent. In October 1996, Morrison pleaded guilty to transporting a loaded firearm in Jay, Oklahoma; he received a 6-month suspended sentence and a $100 fine. In 1997, an Oklahoma jury convicted him of DUI in an accident that left three people injured; the court ordered Morrison to spend time in treatment.

In September 1999, an Oklahoma court gave a two-year suspended sentence for a DUI elevated to felony level by his previous DUI conviction. On September 16, 1999, the police stopped Morrison for driving erratically and found drugs and weapons in his car, which resulted in various drugs and firearms charges. While awaiting trial on the September 16 charges, Morrison was again arrested on charges of intoxication and possessing a weapon while a felon in November 1999.[34] On January 14, 2000, Morrison was sentenced to two years in prison on the September 16 charges. On April 3, 2002, he was sentenced to another year in prison after violating parole in Tulsa, Oklahoma, but was given credit for time previously served.)

On September 1, 2013, Morrison died at a hospital in Omaha, Nebraska at the age of 44. According to the celebrity news website TMZ, Morrison's causes of death were given as cardiac arrest, septicemia, Pseudomonas aeruginosa and multiorgan failure.

The last great white hope....
When engaged in combat, the vanquishing of thine enemy can be the warrior's only concern. Suppress all human emotion and compassion. Kill whoever stands in thy way, even if that be Lord God or Buddha himself.

He looked so massive in that last scene against Stallone.

Oh you mean back when heavyweight boxing was still worth a damn?

onedthatsme wrote:Oh you mean back when heavyweight boxing was still worth a damn?


couldn't have said it better myself

tommy hit like a tank, good head movement for a heavyweight, very explosive athletic, insane KO power. he only lost to guys like ray mercer and lennox lewis. as well as a KO loss to michael bentt, whose career is hard to judge because it was so short

its just sad morrisons career had to end like it did. with the whole fiasco of him having hiv or not, passing some medical tests but failing others. not to mention its sad he passed away so early from the disease. although according to his wife he never had it, but his mom said he did. tommy said he never had hiv either. really its a mess. on his death certificate the official reasons are "septicemia, cardiac arrest, multi organ failure and Pseudomonas aeriguos."

so who knows, its all a mystery.

regardless, RIP to a very good boxer.

and mr meow approves of this thread! especially being its an old school boxing themed thread. meow
Officially 8-2 in sig bets. *pats back* 5 time A league champion.

Boxing was awesome at one time. farewell!
**MMALinker Members' Own Fight Videos**
http://mmalinker.com/forum/mmalinker-members-own-fight-videos-t118417.html 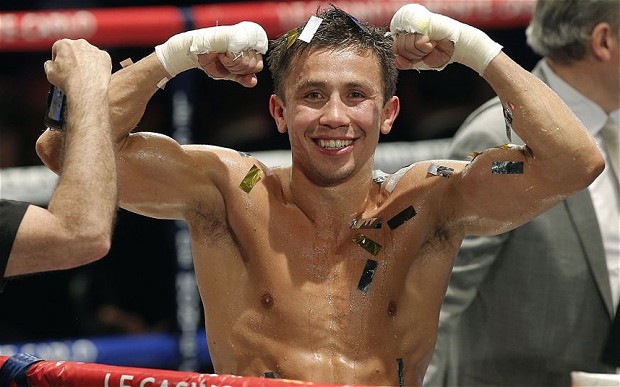 one of the best fighters. If u didnt bother watching the highlights i strongly recommend that you do.