"Although Manny Pacquiao is the new 135-pound champion, he's no mere lightweight.

At any weight, in any ring, the Filipino phenomenon looks like the best pound-for-pound boxer in the world.

Packing five new pounds of power in his usual stunning hand speed, Pacquiao captured a title belt in his fourth weight class Saturday night, stopping David Diaz in the ninth round to claim the WBC lightweight championship at the Mandalay Bay Events Center.

After starting his career 13 years ago at 106 pounds, Pacquiao (47-3-2, 35 KOs) has evolved into a dominant fighter in five divisions. His lightweight debut was every bit as action-packed as his long history of brawls at lower weights - and like most of his opponents, Diaz (34-2-1) couldn't match Pac-Man's ferocious pace.

"I feel much, much stronger and more powerful at 135," said Pacquiao, the first Asian boxer to win titles at four weights. "This is where I plan to stay. I did real well. I was really surprised it wasn't stopped sooner."
http://sports.espn.go.com/sports/boxing ... id=3465772

I will try and find the fight online, and have it posted up over at www.boxlinker.com 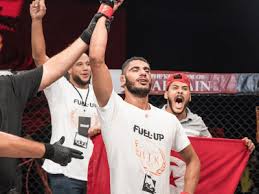 the only saving grace i heard for this match is the commentators hoping for mayweather to come out of retirement...honestly that would be the only comp for both these guys

The whole fight is now up at
www.boxlinker.com

Dude, his body makes me sick. He could win at heavier weight classes. I bet he will end up with some kind of liver damage or something later in life.

boiler81 wrote:Imagine this on my anus.

broiler81 wrote:...phuck your sig, yeah I said it.

i know manny can prolly go 5 more pounds to 140 especially with the help of his new conditioning coach. unlike many fighters who move up in weight, pacman looked compact and very energized. aparently his walking weight is around 145 to 150 so 140 will not be a problem. roach wanted to see how manny would handle the heavier weightclasses with Diaz, and from the look of Roach after the fight, it seemed to me that he was very happy. i dont know about you agonzalez, but i thought the fight was very exciting. when asked why manny continued with his furious pace against an obvious defeated Diaz, manny responded, i respect him as a fighter. manny had too much respect for Diaz to run around the ring and get that decision, like many of the boxers today. this respect he gives to his fellow fighters is what earns him his respect and the title of the most exciting fighter.

manny while proceeding to his locker room after the fight was encountered by Diaz where both fighters hugged and complimented each other by their performance. as pacman was about to compliment Diaz on how amazing of a fighter he was, Diaz stopped him and merely said you are the greatest. Then during the post fight press conference, manny anounced that the first thing he wants to do is go back home to visit the people who suffered from the recent typhoon in the philippines and offer any help possible. this act from a great fighter and champion is lacking in many of the athletes today. in sports today where athletes only seek for the dollar signs, it is nice to see someone give back not for publicity reason but because his heart wants him too.
I'm gonna have to be killed before I lose, and I ain't going to die easy - Muhammad Ali