Okay, I'm surprised there aren't more threads about this fight. I was really impressed with Jorge's poise, boxing, footwork, head movement, and his capacity to change levels, and take things to the ground.

I mean, KJ Noons recently fought Nick Diaz to decision. He looks much, much, worst for wear having fought Jorge, eating combinations, knees, and at least one head kick square on the forehead. That hematoma was naaaasty.

Masvidal is completely underrated. But he trains at American Top Team, one of the best camps out there. They obviously saw something in him. And now, I think, we all saw a little of the potential that brought Jorge to ATT.

So, it's time to get on board the Jorge Masvidal War Wagon. Who is in?

Next stop? Gil Melendez. Or so the rumours say.
"I've never tapped to arguments in a Linker thread."

hell yes, i been a fan since i saw his street fight against kimbos friend Yeah same here. He was the 1 good fighter to come out of those vids. Besides Afro Puff of course. 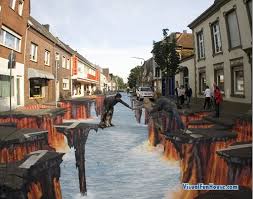 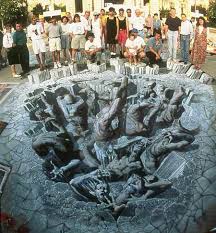 When arguing with an idiot try to be sure he isn't doing the same thing. Sigbets 1-0

i think gil will probably beat him, but damm exciting fighter defiantly Would love to see him fight Gilbert, both are very exciting and unpredictable.

count me in
...ps. there is a new episode of miami hustle coming out today

Same here. The 2 ass whoopins he put on Ray made me a fan.

i'm on. been on since he beat Kitaoka like a school yard bully. he has some disappointing losses on his record and i thought KJ would give him a better fight but man that was pretty embarassing.

The Ankle Pick From Hell

not quite ready for that yet but I will say that the "treadmill guy gif" makes me laugh every damned time LOL!

thewatcher999 wrote:count me in
...ps. there is a new episode of miami hustle coming out today

Where can I watch this Miami Hustle?

Also, I like Jorge Masvidal a lot, but he will get stomped by Gil IMO.
"I just want them to keep bringing guys on and I'm going to strip them of their health. I bring pain, a lot of pain." - Tyson

jorge is a beast

was my first time seeing him fight and i was thoroughly impressed. made kj noons look like a chump.gonna go watch all of his fights now to catch up. haha, YES! How legendary was the video "Ray vs. Jorge"?

I agree. I think Gil, and a lot of people, are going to be surprised.

Well, people are already surprised by how Jorge beat Noons into a bruised pulp.

But they'll be surprised again.
"I've never tapped to arguments in a Linker thread."

He fought alongside with Kimbo on the BBQ

he's immediately contender just because of that
"I made the Stupid Mistake of Sig-Betting against 420Mike, Hide your kids, Hide your wife, and hide that P4P Belt, Cuz 420Mike is coming for it!"