Pretty interesting stuff....doesn't seem like it should be too difficult to prove or disprove, that's the most frustrating thing about it.

Read a little more on this, and I think it's bullshit. The "science" behind it isn't really legit I don't think.. I think it's this Lloyd Pye fella trying to pull a scam and get donations for his "research." Problem is that I haven't found their science to be from independent and legitimate labs.

Point is, I don't think it's worth wasting your time...and it's shit like this that you have to sort through to try to find the legit stuff. Dis-information/scammers/hoaxers are a big part of the problem along with the government not being honest on anything on this type of topic.

I steal forks from restaurants.

I know right! Damn we used to bump some Eazy E back in the day, I had my extra cab Toyota truck walled off with speakers, I always wondered how he died so damn quick. One day I'm watching his pudgy ass on MTV doing an interview, then he fucking dies a month later, WTF?

The real conspiracies will usually never be revealed. 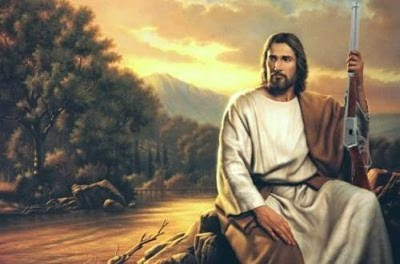 MuayCrim wrote:Yes I am an Atheist to the other so-called "gods" you speak of. That's because they aren't the one true God that creates UFC champions.

You guys are all being brainwashed.

Never judge a book by its cover.

Don't believe all that you read.

You guys are all being brainwashed.

Never judge a book by its cover.

Don't believe all that you read.

I fully believe that the CIA assassinated JFK (Or atleast hired someone to, then double crossed him.) Which makes you think, has the CIA hired anyone else to do anything? Like 9/11? Apparently we knew the plane was hi-jacked and coming in for a suicide crash, and the NY defense were told to "stand-down". I don't know... it seems fishy that, with the amount of security we have, someone could hi-jack a plane and fly into two of the most iconic buildings in the nation.

As far as the moon landings, I think those were legit. I think we've figured out how to get to the moon and beyond, in fact I'm a strong believer that we possess the knowledge to do things that we don't even know about yet. Which, doesn't bother me too much, imagine if the people were informed that the government knows how to time-travel, levitate, etc. Or that we have been contacted by ET's? We wouldn't handle it very well so I don't blame for keeping secrets.

Now, Sandy Hook, my stand on it is that our government WOULD and COULD pull it off. I'm talking about a simulation training exercise that results in the "death" of many children, and the suicide of the shooter. Why? Because it gives the government ammunition to use in the debate to disarm the people, and strip us of rights. I don't the government will go as far as TAKING our guns away and closing down manufacturers, but I think they can strip us down to pea-shooters with 10 clip mags without technically breaking the Bill of Rights. Why would the government want to do that? I have no idea. The only thing you can do is imagine how defenseless we are without weapons; we'd be at the governments disposal and could ideally be turned into slaves, traded for money, turned into a monarchy, etc.
Gfycat Video - Click to Play
http://www.getmoresports.com

The great droughts we had in California in the 80's were a result of Russia testing out their weather control warfare. United States also tested weather experiments on Russia. . .

Manti Te'o's internet firlfriend's feath was a conspiracy to help him nab the Heisman, get drafted first round, and bring positive attention to a previously floundering Notre Dame football program.

rascalraidex wrote:My theory is that the illuminati theory is all wrong. The illuminati are actually the good guys and the new world order is not a bad thing at all. The old world order, what we are dealing with now, consists of the old money (Murdoch, Rockefeller, etc.) They are on a mission to keep everyone afraid of the new world order to maintain their control. The illuminati is actually trying to pry the world from the grips of the super rich, delivering us from the tyranny of greed and really ushering in the information era.

PsychoBells wrote:Manti Te'o's internet firlfriend's feath was a conspiracy to help him nab the Heisman, get drafted first round, and bring positive attention to a previously floundering Notre Dame football program.

that entire story makes no sense..how are you dating someone for 3 years and never meet the person.but you dad saying he met her..then she dies but you dont go to her funeral? then find out she doesnt exists.but then another football player says shes real and he knows her for more then 2 years?

Check this shit out! The technology is already out there. . .