I don’t see why jones wouldn’t get a lot of extra money for this fight.

The thought of this matchup makes me rock solid.

I just don’t think jones should have came out in public and said that.

Both deserve to be paid. This is a monster fight.

Massive massive boner I have

Jones vs Dana is timeless. 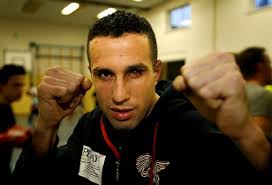 Pay him more than McGregor gets paid.

This isn’t anything but posturing for more money.
Black Zeus wrote:
^^he has a long history of crying if things don't go his way. Doubt he can learn to keep his emotions in check at such a late age. What is he 37?

I have a feeling no amount of money will be enough for Jones to get in there with Ngannou without a tune up first. Just be real, Jones, come out and say props to the HW King, but I'm not ready for that monster without fighting Mark Hunt or Brock Lesnar first.
☜(:♛ฺ;益;♛ฺ;)☞

I won't be paying much more attention to this.
Jones doesn't draw what McGregor draws, im sorry guys I know we're all purists and love the best getting the best but Mayweather and Paul will do better numbers than Canelo vs Saunders and tbats cause it's never mattered who the best is but always mattered who the fans wanna see.
Jones isn't a popular fighter even amongst us casuals and has never endeared himself to the public.
Hell rampage Jackson is more well known and had a better public personality than Jones does.
8 million should be more than enough if this was about making money money legacy but im starting to smell duck poop.
Killgore wants my meat but I only accept a clean behind

"A lion is called a king of beasts,

Do not be afraid neighbour.

That was April's fools joke,apparently. Fuck that guy
Do not be afraid neighbour.

YMCA wrote:Pay him more than McGregor gets paid.

This isn’t anything but posturing for more money.

THIS.
When engaged in combat, the vanquishing of thine enemy can be the warrior's only concern. Suppress all human emotion and compassion. Kill whoever stands in thy way, even if that be Lord God or Buddha himself.


Jones says this type of shit as often as Mcgregor fakes retirements. It is obviously for the same reason. They are desperate in need of attention and people to say "Oh nooo pwwwwwease do not wetire! Pwwwwwease do not cut Jones!"


Amazing how his most recent plea to be cut, which we need to like take super seriously brrrrooooo unlike the other 24 times he has cried to be released, comes after watching Ngannou destroy Stipe. I am sure Jones is all for moving up and fighting at a natural weight class vs Ngannou right?

Jones was too scared to even get within range to take down a puffed up middleweight with 0 ground game and two completely torn knees and needed the judges to render a truly retarded decision to beat Reyes but yet he is super duper super serious about believing he would beat Ngannou? lol. Sure thing dickpills Jones. Sure thing.

I miss the days when fighters did not act like this. Obviously some did back then but it is far more common now. Watching grown men take to twitter and other social media to cry about how the UFC needs to release them or announce an obviously fake retirement is getting sad.

Spoiler:
"Ohhh pwwwwwease mistah owwficer pwwwwease woll down the window i have ADD oh pwwwwwwease" - Jones during his most recent arrest.

That puffed up middleweight walks around at 220 pounds and destroyed his own knees by the force of his own kicks. Ngannou should have the tools to win but Jones is a dirty fighter and a crafty veteran so I would favor him.

I don't blame him.

Let's let the man do his thing.
It's ok to fear Ngannou.
Not everyone is Derrick Lewis.
☜(:♛ฺ;益;♛ฺ;)☞

Jones will price himself out of this fight.

I don’t believe for a second he wants it.
**MMALinker Members' Own Fight Videos**
http://mmalinker.com/forum/mmalinker-members-own-fight-videos-t118417.html

MiniMan wrote:Jones will price himself out of this fight.

I don’t believe for a second he wants it.

Everyone knows it. Deep down.

Give Jan the chance to be a P4P elite with a win over Ngannou at HW, after defeating the MW champion at LHW..
That would be something else.
☜(:♛ฺ;益;♛ฺ;)☞